THE most exciting adventure from the Original Moon Queen!
House of the Moon Queen! 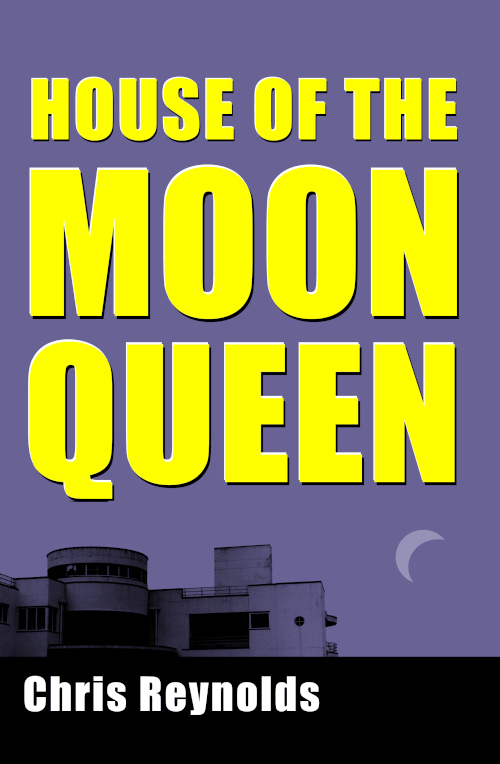 House of the Moon Queen!
Louise Bale inherits her aunt's house on a hill near Crescent City. She plans just to sell it and move on...but there is more to the place than she expected. Weird callers visit daily. The architecture of the house is subtly strange. Then Louise discovers more about her aunt and about the people who used to live up here on the hill. She now lives among the homes of the old Superheroes. (Prose novel. Kindle only)
--- 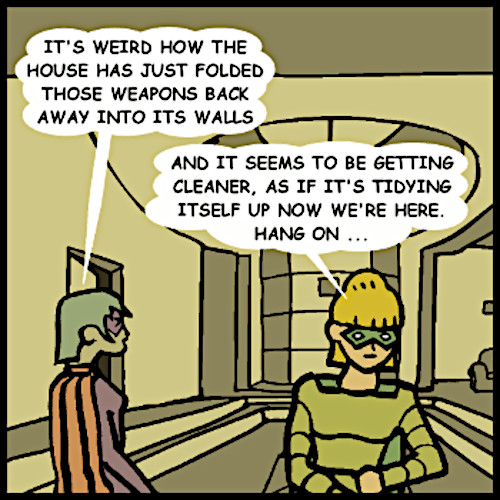 Moon Queen of Earth1 and her friend The Bee

The Earth1 Moon Queen is a happy-go-lucky teenager who gets into scrapes with her friend, The Bee.

Moon Queen of Earth2 is a different kettle of fish:

Moon Queen of Earth2 is altogether moodier, darker, older, like the Dark Knight on a bad day. 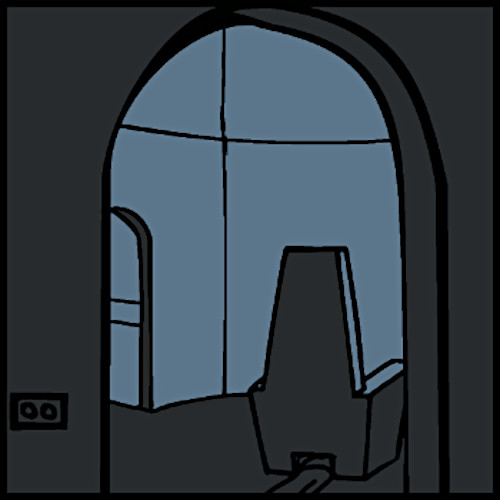 So... What happens when they meet?

The two Moon Queens have met twice, in Curtain Crawlers, where mental health issues force the Moon Queen of Earth2 to abandon her career, and in Shakespeare's Breath, where they both attend a wedding in the countryside 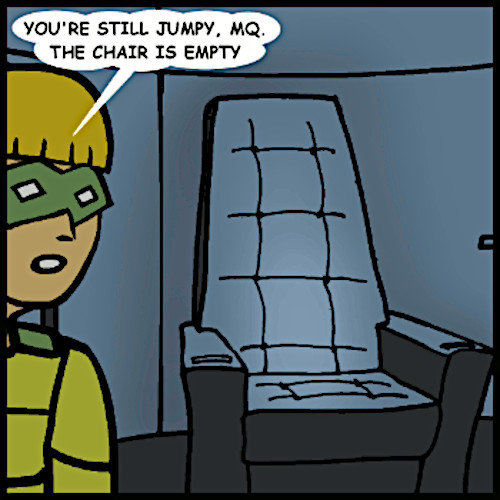 The Bee and the Moon Chair...

What are the two Moon Queens' Superpowers?

It depends on how they feel. They often have the Power of Invisibility and the Power of Heat Vision at a Distance; they almost always have the Power of Flight. They are never Invulnerable.
Some days are easy, others are harder. Could be a matter of confidence? On her worst days the Moon Queen of Earth2 loses her Powers altogether...

Moon Queen of Earth2 in Curtain Crawlers from Mauretania Comics:Torus